We provide professional services to our clients to realise their spatial planning and related needs through practical and innovative solutions. We work with integrity and operate within a safe, creative and productive environment, utilising the latest technologies available.

We strive for service excellence in all aspects of town and regional planning through innovative thinking.

Plan Associates personnel collectively has the ability to serve our clients in 7 of the 11 national languages. Mr Dirk Viljoen was one of the first Town and Regional Planners in South Africa and accordingly founded the first private Town Planning and Land Surveying firm in South Africa in 1964. In 1965 Mr Mike van Zyl, a land surveyor by occupation, joined Mr Viljoen during 1965. In 1967 Mr Dana Gunning, a statistician also joined the firm. This was a ground breaking step towards including population and related socio-economic statistical analysis and land use budgeting in town planning projects.

The partners recognised the need for a “one-stop-shop” service, consisting of town planning, engineering services, land surveying and architecture. Hence an umbrella structure, (Plan Medewerkers / Plan Associates) was established under which these disciplines could work together under one name, although as separate entities. The companies included under the Plan Associates umbrella comprised of Viljoen and Van Zyl (Town Planners and Land Surveyors), Pauw and Botha (Architects), and Liebenberg and Jenkins (Engineers). The first Plan Associates logo was designed by Mr. Ernst de Jong and the original Pretoria offices were located in the then Volkskas Building in the Pretoria Central Business District.

Over the years, Plan Associates established satellite offices in Cape Town, Port Elizabeth, Pietermaritzburg, Umtata and in Namibia, but these have since all been allowed to secede.

On 28 February 1995, the original founder of Plan Associates, Mr. Viljoen retired. Devoting 31 years of his professional career to the firm, Mr. Viljoen left Plan not only with a precious legacy of professionalism, dedication, and enthusiasm for the planning profession, but also with the reminder to value, treasure and respect one’s “medewerkers” (associates).

As his successor, Mr. Theo Pretorius was announced as Partner on 1 March 1995. This was amid the institutional transition phase which followed the first democratic elections in South Africa (held during April 1994). This allowed Plan Associates the opportunity to also transform itself in line with the challenges facing the new South Africa. The firm became streamlined, focusing primarily on Strategic Planning, Socio-Economic Modelling and Planning Administration work. For the first time since the establishment of Plan Associates, the Plan logo was also “modernized” with a “green” element being incorporated into it.

During 1995 the last of the land use planning maps were drawn by hand. Plan was introduced to ReGIS in September 1995 and the new era of Geographic Information Systems dawned.

One of Plan Associates’ most significant historic contributions within the planning field, includes the development of the original Land Development Objectives (LDO) concept as contemplated in the first post-Apartheid planning legislation – the Development Facilitation Act: 67 of 1995. Following the successful completion of the Greater Pretoria LDO in 1996/97 (the first in South Africa), Plan Associates also completed the first LDO in North West Province (Rustenburg District Council), Limpopo Province (Pietersburg-Seshego TLC) and in Mpumalanga Province (Highveld District Council).

Following from this ground breaking work, Plan Associates (in conjunction with Idasa) were appointed by the then national Department of Development Planning and Local Government (DPLG) to conduct IDP Guide Pack workshops and training seminars to all local authorities throughout South Africa during the time period 2001-2003. The firm has since conducted more than 50 LDO and IDP processes for various local and district municipalities throughout South Africa.

When the City of Tshwane occupied the entire building at 373 Pretorius Street (following a fire which demolished a large part of the municipal building in Vermeulen Street), Plan Associates relocated to the current premises at Hilda Chambers in Hatfield on 15 May 2003.

Plan is valued as “home” to its employees, with most of the employees working at Plan today having been with the firm for more than 25 years. During the first twenty years of its existence a typewriter was utilised for typing of reports and planning maps were all drawn by hand (on drawing tables and a light table) and coloured in with colouring pencils, coquis, sticker strips (indicating different roads, railway lines etc.), pantone colour sheets and oil paints. In June 1983 Mr van Zyl, as lead in the Land Surveying division acquired the latest theodolite equipment which technically enhanced the quality, time efficiency, and accuracy of land surveying work undertaken by the firm.

Keeping up with technology Plan acquired an IBM computer for typing work in 1987 while all printing was done on an Epson Dot Matrics printer (black and white) at the time.

The early Partners believed that one computer would be sufficient for the entire office, individuals had to book a time slot to be able to work on the computer. Counter to the Partners belief, in 1989 two additional 386 computers were acquired for the office. Plan also acquired its first plotter. The plotter could only print in black and white, utilising a series of pens with different point sizes. On average, one A0 plot took the entire day. For the first time, a digitiser was utilised for some of the drawing work, although most of the maps were still drawn by hand. 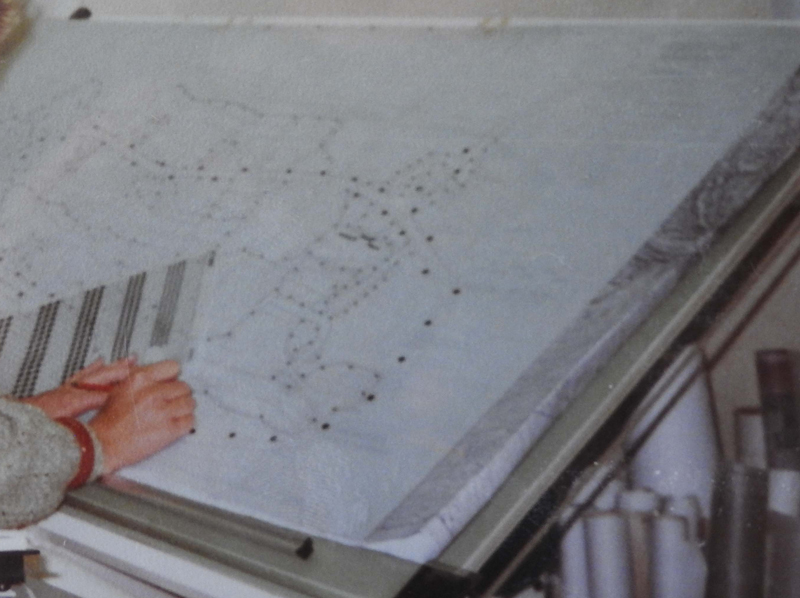 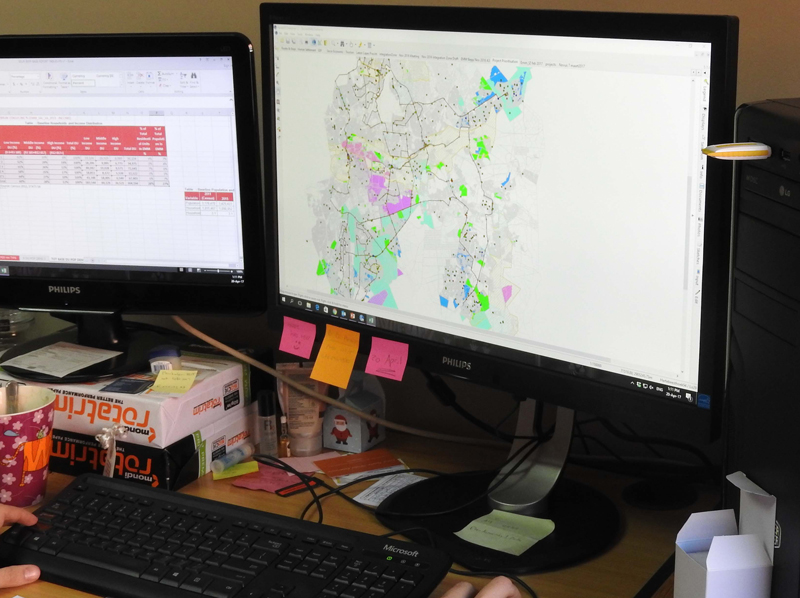 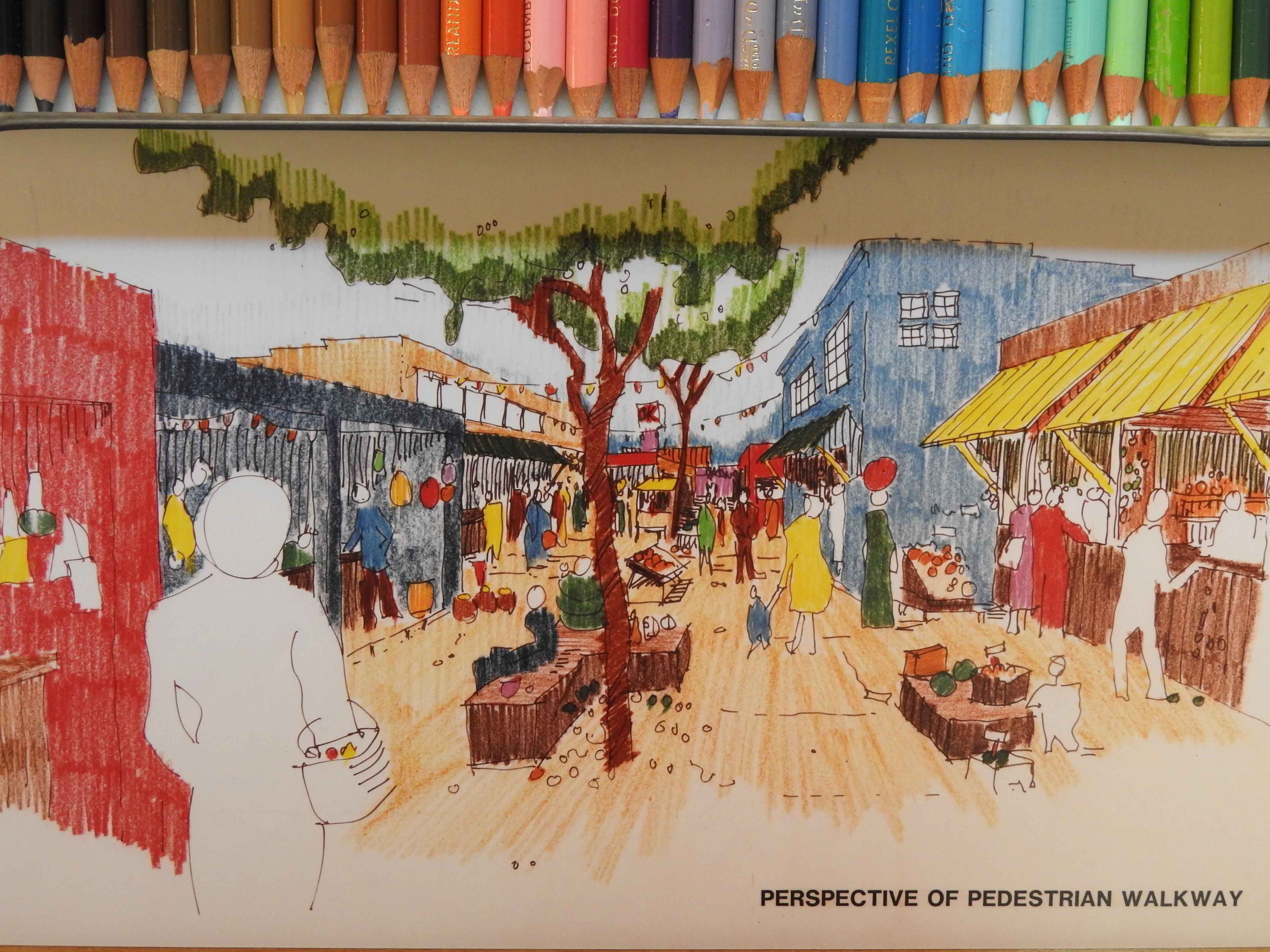 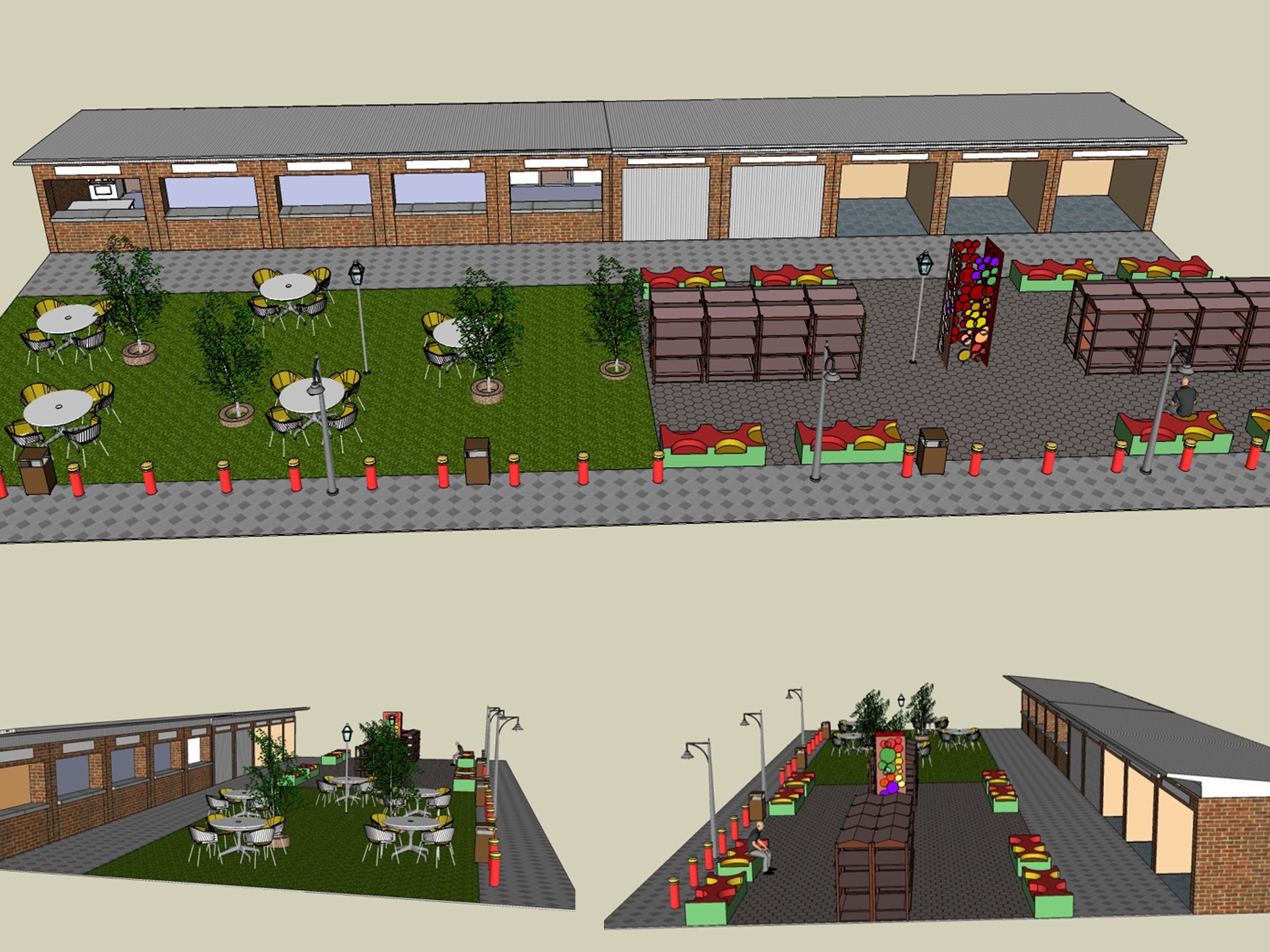 In 1994 Plan bought a new Multi-media computer. The CD drive frequently overheated and additional fans were required. Acknowledging the need and the tempo of technological changes, accordingly a new computer was then acquired for the firm every second year.

In 2003 the firm acquired its first A0 colour plotter. On average, one A0 plot took 20 to 30 minutes. This era also signified the transition from individual A4 and A3 printers to a commercial photo copier and scanner with a one dial-up internet line to multiple internet points and one joint email account to individualised email accounts.

In 2007, for the first time in Plan’s history, all employees received their own 286 desktop computers. All computers were accordingly replaced every second year, moving from a Pentium 1 to Pentium 2 to current day high tech desktop computers.

In 2016 Plan acquired its third plotter which plots an A0 in approximately 2 minutes compared to 12 hours in 1989.